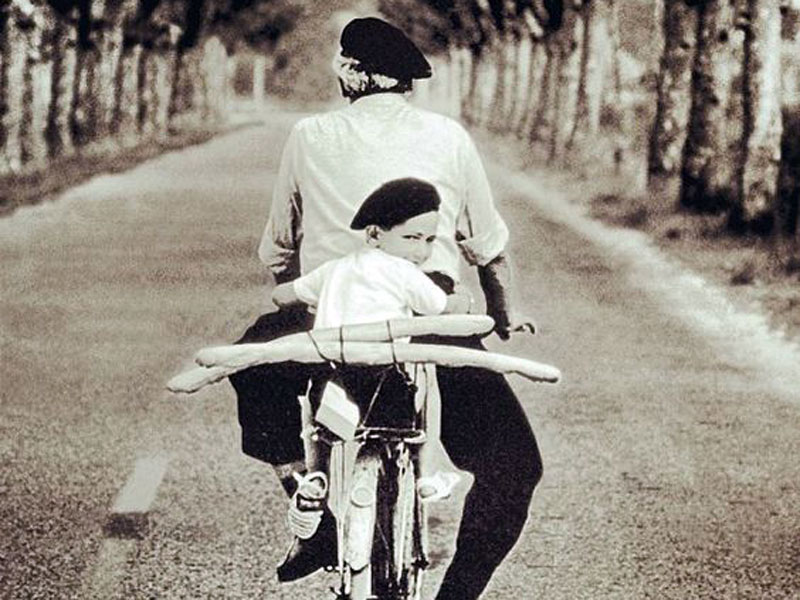 • The French have been making long thin bread since the mid 18th century and before that long and wide loves were made since the time of Louis XiV.

• Baguette means stick (baton) and became the iconic symbol of French bread and a thread of French culture in the 20th century. A law was passed in 1920 banning bakers from starting work before 4am (and working no later than 10pm) effectively making it very difficult to have fresh bread in bakeries in the am so an innovative new loaf, the baguette, was developed to be a fast-baking solution.

• The shape allows a maximum amount of dough to be exposed directly to heat during the baking process, which produces the thick crust.

• In France, there are strict guidelines for baking baguettes like they must have a diameter of about 5-6 cm and it’s length being 55-65 cm. National law dictates that “French” bread only contain 4 ingredients – flower, yeast, salt and water.

• The average Frenchman consumes about half a baguette per day compared to a whole baguette in 1970 and more than three in 1900.

• Bread is such an important part of the French culture that  laws up until 2014 prevented all bakers in Paris taking summer holidays at the same time (typically August).

• If you haven’t had a “real” baguette recently be sure you stop in to C’Est La Vie and pick one up to take home. They are made fresh daily at our very own commercial bakery where laws in the US don’t prohibit our authentic French baking crew from getting up in the wee hours of the morning to deliver fresh baguettes daily.