History of the Croissant 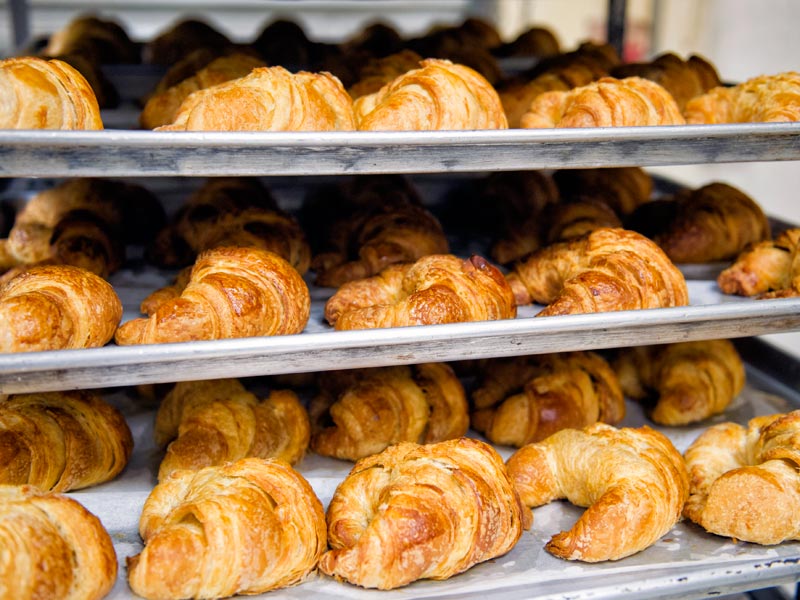 One of the very most popular products we have at C’est La Vie is our Croissant, baked fresh by our pastry crew who are direct from France. Each morning they come out of our ovens about the time you are waking up. We serve hundreds each day, in our restaurant or to take home from our bakery counter. But few of you know the story of the croissant. Who knows, you might be on Jeopardy one day!

The true history of the croissant is often disputed and many variations exist, but this is the short version of what is generally regarded the history of this French staple:

The story dates to 1683, during the Ottoman Turks siege of Vienna. Legend has it that a baker working late at night heard the Turks tunneling under the walls of the city and alerted the military.

The military collapsed the tunnel in on the Turks and eliminated the threat, saving the city. The baker baked a crescent shaped pastry in the shape of the Turk’s Islamic emblem, the crescent moon, so that when his fellow Austrians bit into the croissant, they would be symbolically devouring the Turks.

Marie Antoinette popularized the croissant in France by requesting the royal bakers replicate her favorite treat from her homeland, Austria.

Then, August Zang, an Austrian artillery officer that founded a Viennese Bakery in Paris in around 1839. This bakery served Viennese specialties including the kipfel (croissant) and the Vienna loaf and quickly became very popular and inspired French bakers. The dough became lighter and more delicate throughout time, and the kipfel was developed into what it is known now as the croissant.

Today, the croissant is both a symbol of French culture and tradition, shared throughout the world. Share this story the next time you enjoy one of our delicious croissants.